The Treasury at Petra, Jordan, a Well-preserved Temple from Ancient Times 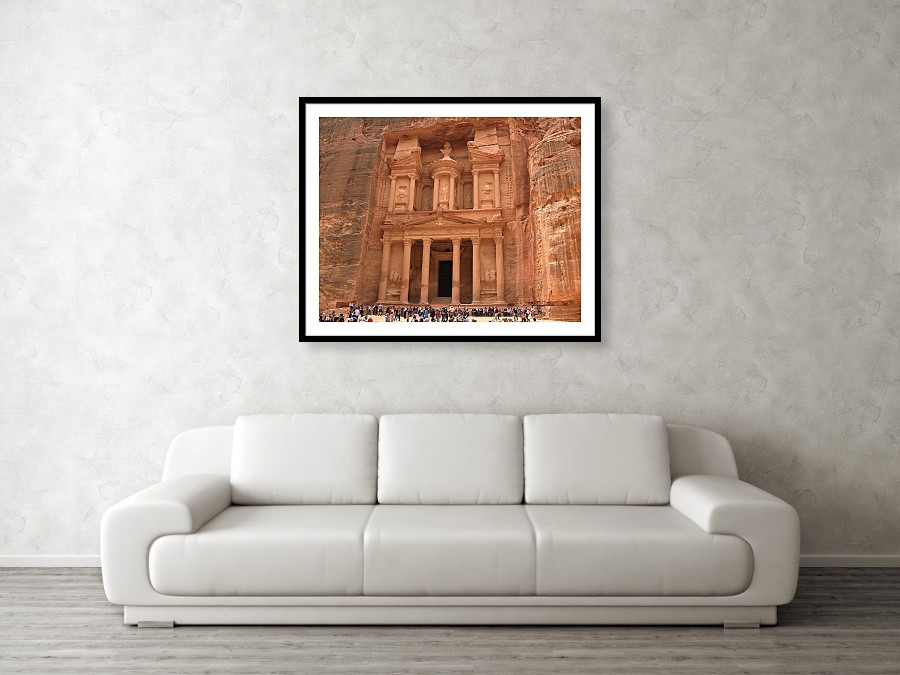 This wall art could enhance your living room or den

To view this, and my other art photography please visit:  https://richard-krebs.pixels.com

The Treasury at Petra, Jordan, a well-preserved temple from ancient times, is one of the most elaborate temples in the ancient Arab city of Petra.  It was originally built at the beginning of the first century A.D. as a mausoleum and crypt. The entire structure was carved out of a sandstone rock face.

Legend has it that bandits hid their loot in a stone urn high on the second level.  Significant damage from bullets can be seen on the urn.  Another legend is that it functioned as a treasury of the Egyptian Pharaoh at the time of Moses. The various mythological figures carved on the face carry numerous stories and legends. The Treasury at Petra, Jordan, has been well-preserved due to its overhanging roof, which has protected the carvings from the elements.

I visited Petra in March, 2016. Friends told me about this incredible structure called “The Treasury”.  It had been on my bucket list for years. I could not wait to walk down the cobblestone walkway that leads to the “treasure”.  After walking for a good while I came to a sharp curve with steep walls on either side.  Rounding the curve I came face to face with The Treasury.  What a breathtaking experience!  Realizing that people had created this beautiful, enormous edifice 2000 years ago made me marvel at the ability of ancient people to create such a building.  BTW: Petra was designated as a UNESCO World Heritage site in 1985 and is considered by many as one of the 7 Wonders of the Ancient World.

2 Comments on “The Treasury at Petra, Jordan, a Well-preserved Temple from Ancient Times”

Your Likes and Comments are Highly Appreciated - Thank you :) Cancel reply